Here’s another wine with an awesome price tag that is not only delicious, but is readily available everywhere.

This one hails from Australia – land of kangaroos, koalas, heat waves, and Shiraz, right?

Australia is more than a one trick pony country, to be sure.  As a Canadian, I should not be surprised by this; after all, we Canadians are familiar with such stereotypes.  We all make ice wine, live in igloos and work as lumberjacks – not.

In fact, Australia encompasses all major macro-climates – including alpine, desert, Mediterranean and Bordeaux style, maritime environments. And yes, while the Shiraz, GSM and reds are to die for, Australia is just as adept at cool climate, white varieties such as Chardonnay, Semillon and in this case, Riesling.

This Eden Valley winery was first established in 1847 by Joseph Gilbert, an Englishman who jumped at the chance to sail to a new life and 15,000 acres of land just 40 km outside of Adelaide in South Australia.

He named his property Pewsey Vale after his English homeland and proceeded to plant what was the very first vineyard in the Eden Valley at an altitude of 440-490 m in the cool hills surrounding the Barossa Valley (that lies directly to the north).

The vines were abandoned for a while but re-invigorated in the 1960s.  They’re now organic and farmed using biodynamic principles.  And oh, this is cool – all the vines at Pewsey Vale can be traced back to the original 1847 plants.

Eden Valley is particularly famous for its lime-accented Rieslings, and this one is pale yellow-green showing a nose with great minerality, citrusy lemon and lime, and stone fruit.  There’s a tiny bit of petrol if you like that (I do!), but if you aren’t looking for it, you are unlikely to notice.

The palate is dry and juicy with flavours of pink grapefruit, bergamot, lemon zest, white pear, and a touch of clover honey.

WSET Very Good and a great deal at only C$20++.  It’s well known and commercially available everywhere, but organic, biodynamic and delicious.  You could even age it if you want to for about 5 years because of the acidity.

I recommend, however, that you enjoy it now!  You can buy it at 46 of the BC Liquor Stores and many of the privates- and this wine is also shipped to the UK, Europe, USA and rest of Canada. 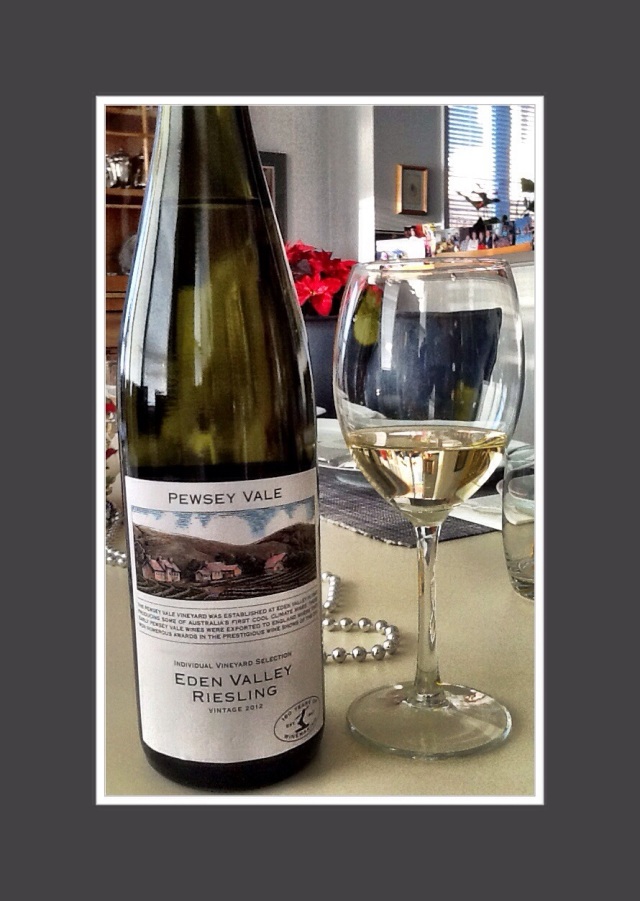