We met with Loredana Tanganelli and her daughter Giada at Podere Scopetone on the outskirts of the old walled Tuscan town of Montalcino.

Loredana and husband Antonio Brandi have owned the petite estate of only about 2.5 hectares since 2009 when they merged their apiary business and land (La Melina) with that of Scopetone, which was originally planted in 1978 and owned by Federigo Abbarchi and Angela Corioni.

The soils on which their Sangiovese is planted and farmed organically are marne and iron-rich red silt, and sit at 450m on the north-western corner of Montalcino.

Although Scopetone are carefully organic, and only resort to pesticides and other controls when absolutely necessary, you won’t find reference to that on any of their labeling.  They’re just too tiny to struggle through the bureaucratic hoops and paperwork.

These grapes are grown on some extremely famous property – it’s where Ferruccio Biondi, the man credited with inventing Brunello – planted his first Sangiovese in the 1870s.  This is known as the Scarnuacuoia cru, and it’s Brunello’s oldest vineyard.

Loredana, Antonio, and Giada are its most recent caretakers, and they take this responsibility seriously – crafting some of the finest and most traditionally elegant Brunellos you will find on the market.  There are no over-produced, flavour and tannin bombs here.

Giada led us expertly through an exquisite tasting of the Rosso di Toscana IGT (lifted aromas of violets, roses and plums with crunchy sage and cherry), the delicately soft 2020 Rosso di Montalcino DOCG (basalmic with sour cherry), and the 2015-2017 vintages of Brunello di Montalcino DOCG.

The 2015 and 2016 are stunning wines – both ruby red with various nuances of cherry, plum, orange, mint, pomegranate, rose and herb.

But the 2017 version from the old Scarnuacuoia vines is the pièce de résistance. Translucent ruby with aromas of sour cherry and dusty rose, this wine shows off a frame of strawberry, cranberry, pomegranate and wild mint.  Dried marjoram, rosemary, and sage echo on the palate which has an extended, mineral finish. Light leather and cured meat linger. There are no sharp corners or holes in this beauty.

These are gorgeously crafted wines, by some of the most modest, and loveliest people around. 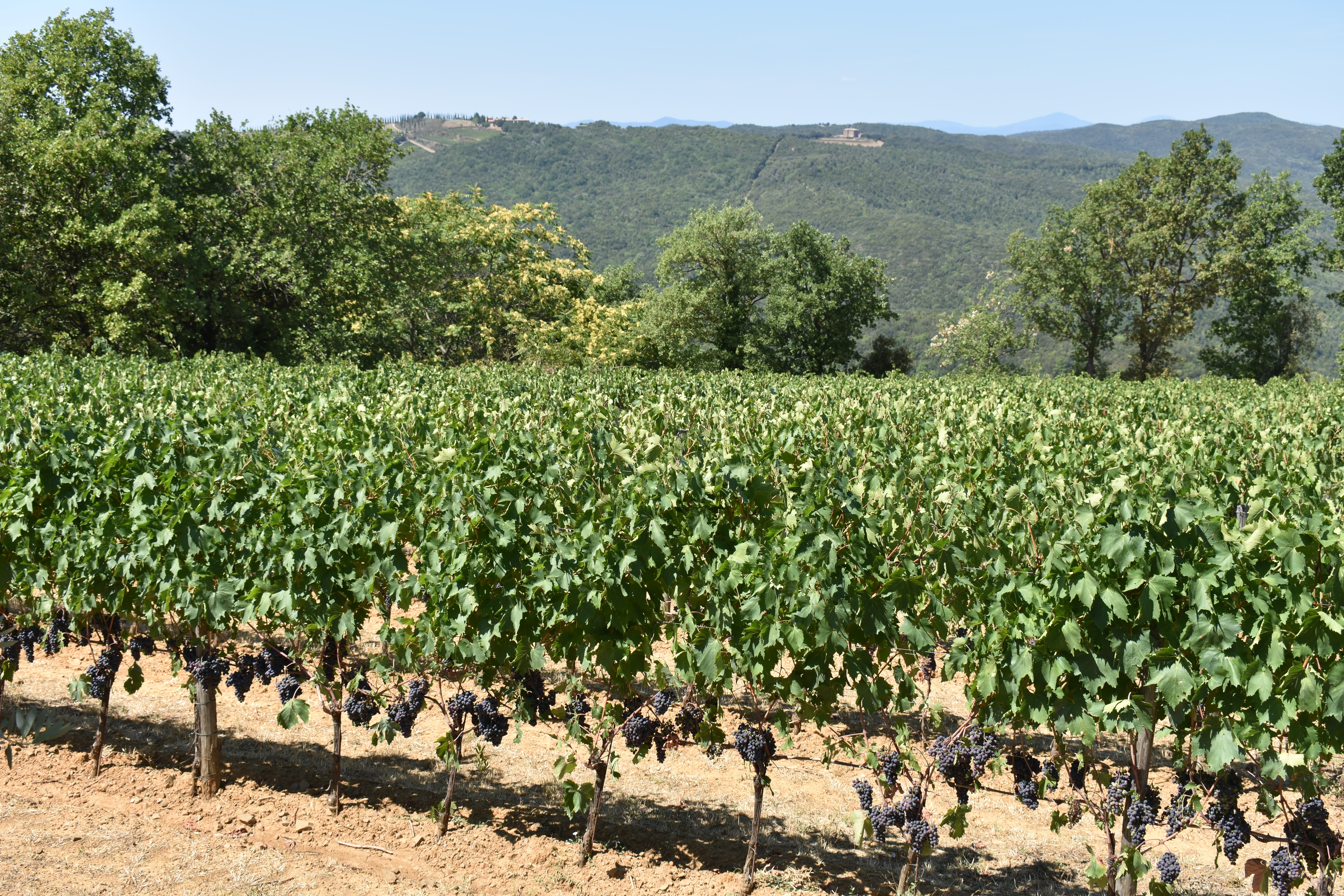 Available in Canada at Ontario’s LCBO, and throughout the US as per various importers, they’re also in the UK, at Berry Brothers & Rudd.

The Podere Scopetone wines are underappreciated unicorns, and fly far below the radar. Catch them if you can.