The drive from Falset to Porrera in southern Catalunya is not exactly for the faint of heart. We were told the tortuously narrow, winding roads are a huge improvement upon what used to be there.  At least they were paved – and it didn’t snow until a week after we’d been there.  Small mercies.

On our way, we stopped to take in some of the steep, slate moonscapes that were ostensibly vineyards.

At Vall Llach, we spent several hours with Roger Simó Garcia who guided us expertly through their sorting and bottling area as well as the separately housed storage cellars.  Along the way he entertained us with tales about Vall Llach’s unique ‘computer system’ (see below – these white boards were the compromise) and the philanthropy of the celler and its founders Lluis Llach and Enric Costa.

Located in the centre of tiny Porrera, Vall Llach was established in the early 1990s after Lluis returned to the town he’d grown up in.  The economy was terrible and few except the elderly lived there; farmers subsisted on hazelnut and almond crops, and the price of grapes was very low. 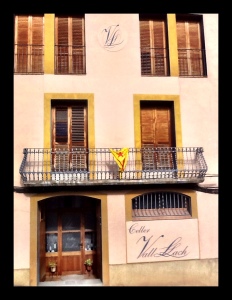 With René Barbier, Daphne Glorian and Alvaro Palacios making a name for Priorat wines in nearby Gratallops (and neighbours including Sangenis i Vacque working hard too), folksinger Llach believed he could do the same in Porrera.  Thus began the gentrification of the small Catalunyan town with the purchase of several hectares of ancient vineyards (some are 110 years old).

The wines of the two towns are different; Porrera is slightly cooler than Gratallops because it sits on a mountain pass that funnels cool winds in from the Mediterranean.   And while Gratallops works more with Garnaxa, Porreran wines focus on a Cariñena backbone.  Both share the llicorella/slate terroir and the steep slopes (as much as 80 degrees) to create unique wines.

The Porrera vi de Vila de Vall Llach used to be referred to as the ‘Vall Llach’ until the system was changed in 2009.  The Vi de Vila wines are meant to be the most typical versions of wines created in the Priorat DOQ towns. 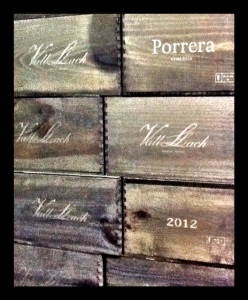 About 6-7,000 bottles of the Vi de Vila de Vall Llach are made each year from 70% Cariñena for structure and longevity and 30% Garnaxa for fruit and a heady nose.  The grapes are vinified separately with indigenous yeast and only blended after aging 16 months in new French oak.  Grapes from three of the best vineyards are used – La Sentin, Cabaces, and L’Ermita de Sant Antoni.

The Vi de Vila de Vall Llach is developing and deep ruby red.  It has a strong carpentry upon which it hangs bright berries, plums, mocha and licorice alongside almonds, herbs and a crushed stone minerality.  Seamless and balanced even with the high alcohol, its tannins are ripe and green but show great promise for a long ageing window. 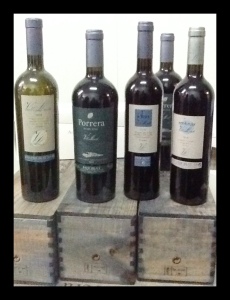 WSET Outstanding wine from a winery with a strong philanthropic heart that has helped bring back life to its Priorat home. 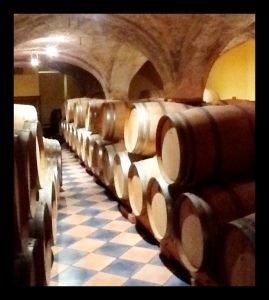