Wine Tasting and Celebrations at the Wickaninnish Inn

The weekend retreat we took to Tofino to celebrate two special occasions demanded some special feeding and drinking to go along with it. We found no shortage of folks at the Wickaninnish Inn willing to assist with the creation of perfection. From start to finish, the experience was a precise melding of namaste, top quality service, attention to minute detail and comfort.

A few of our experiences merit special mention. The tasting menu on our first evening was something I’d been looking forward to for weeks. We hadn’t been here for 10 years, and the Pointe restaurant is renowned for their tasting menus and artfully crafted West Coast cuisine. To say I was excited doesn’t come close.

I started with a ‘Toronto’. Now, lest you be concerned the Winellama is slipping somewhat, if you know her well, you recognize she’s been studying for the WSET Diploma Spirits exam lately. This involves lots and lots and lots (and lots) of reading, researching, note-taking and then loud panicking over not being able to tell the differences on blind tastings between all white spirits and all brown spirits and the like.

Never one to be happy with anything run-of-the-mill, I’ve also been reading up on unusual spirits and bitters. One of which is Fernet Branca (watch for the essay on this later). Basically, this is the second best selling amaro/bitter in the world, is made by the Fratelli Branca company in Italy and is alcohol comprised of 28 infused macerated and distilled barks, nuts and herbs. They’re apparently responsible for 75% of the world’s saffron market! Adored by ‘nerdtenders’ especially in San Francisco and Argentina (!), Fernet Branca smells like your dentist’s office. Spearmint, peppermint, heavy herbs and roots (no, not that kind). I know – you’re drooling, right? And it’s not from the novocaine.

Cue the ‘Toronto’. A shot of bourbon, half a Fernet Branca, some Angostura bitters, a dash of maple syrup and a flamed hit of orange citrus (I was worried our stellar server Hailey may hurt herself!). Fernet is horrid on its own – but this was really great. Somehow the citrus and bourbon served to mollify the bullying Branca.

But now onto the real reason we were here. The first course was the cold-poached Georgia Strait scallop with roasted spring onion, onion leaves and yoghurt accompanied by Blue Mountain’s Pinot Blanc (2010, BC). This was followed by the Camelina Poached Salmon with heirloom carrot, brown butter and whey paired with Henri Bourgeois’ ‘Les Barrones’ Sancerre (2011, France). The third course was a seared Quebec Foie Gras with roasted poultry jelly, raspberry vinegar and burnt walnut matched perfectly with the Tantalus Pinot Noir (2010, BC).

Now, I wasn’t feeling too sharesies at this point – after all, this was going preeetttty darned well, thank you, very much. It was about as close to perfection as a meal can get. But since Brian was practically incoherent about his Sable Fish with lobster mushrooms and watercress, I gave in and had a bite. The fish was akin to butter – melt-in-your-mouth consistency and with phenomenal flavour.

The pièce de resistance ended up being course number 4. I’d actually not wanted the food initially. It looked brave sitting there on the menu – Avonlea Cheddar with cauliflower, parsley and raisin. It sounded like something my grandmother would have made me eat when I was five. I chose it for the wine pairing – Lustau Dry Oloroso ‘Don Nuno’ (NV, Spain). The sherry was all salted caramel, sea spray, toffee and flor covered raisin. On their own, each was a little awkward and lonely. But put them together and ‘presto’.

Several descriptors came to mind, but because this is a PG rated blog, I will simply say ‘sensual’. Ike, was it you with chefs Warren Barr and David Sider who gave birth to that combination? Raises all around. Seriously. I would have never guessed. Tears-to-my-eyes outstanding. I couldn’t stop talking about it – ask Brian (cue eye roll here).

While we’re talking about Ike, the Inn’s Sommelier and Wine Director, it’s important to note the Inn has been recognized by Wine Spectator since 2002 and has received the “Best Award of Excellence’ every year since 2007 for it’s beautifully-rounded wine list. They’ve searched out the best of the BC wineries, many of which are uniquely boutique and augmented those choices with international options at all price points. I was delighted to see some Vista D’oro on the menu – and can’t help but wonder if some of their jams wouldn’t also compliment the cuisine.

Brian had set up a private tasting for us through Ike with Hailey. We had a marvellous couple of hours doing a double blind tasting (okay, I got 5/8 right). The Unsworth Pinot Gris (2012, Vancouver Island, BC) threw me (thought it was a Pinot Blanc) and I confess I thought the Elias Mora Tempranillo (2010, Toro, Spain) was a Meritage. Loved the Lustau East India Solera and appreciated the Venturi-Shultze (2008, Vancouver Island) dessert wine. The extremely light body combined with raisiny, honeyed sweetness was confusing. The gracious and ever-professional Hailey had great pairing ideas for it.

What makes places like the Wickaninnish Inn outstanding and award-winning? It’s the people. We commented on it the entire weekend long. From the repeated ‘happy birthdays’ and ‘happy anniversaries’, to asking us how we’d enjoyed the tasting, to Ron the concierge who literally dropped whatever he was doing to get to the lovingly First Nations carved doors to open them for us, to the enthusiastic, professional and friendly staff we met at each and every turn.

I will never forget the disapproving tsk tsk of our server at The Driftwood Cafe who was perturbed we’d been given the wrong soup spoons in our napkin rolls. And when we came back from dinner to find our room had been turned down, a fresh bucket of ice had been brought and a West Coast artist’s CD was playing in the Bose, I smiled. The devil is in the details and the Wickaninnish Inn and their people know it.

I love going to places like the Wickaninnish Inn precisely because of this. I am one of those highly sensitive (orchid-like, I’ve been told), notice-all, hyper aware people most average retailers, restauranteurs and hoteliers dread. But the Wickaninnish Inn can fear not – it’s completely obvious they follow all the best rules by finding, attracting and retaining the best people with passion – those who yearn to do a first class job. It shines forth in everything they do and say. 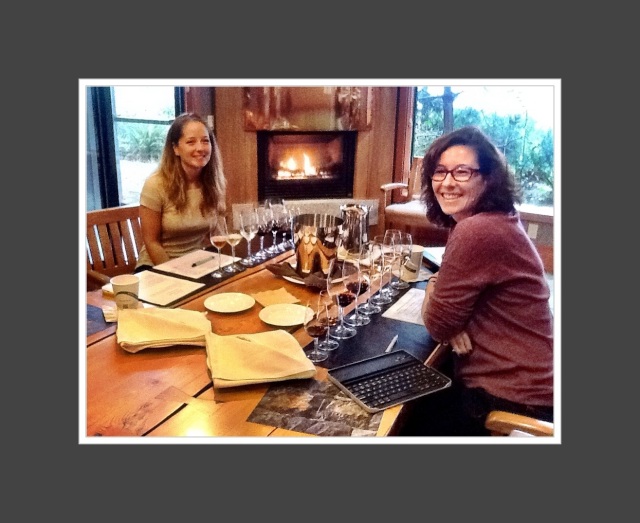 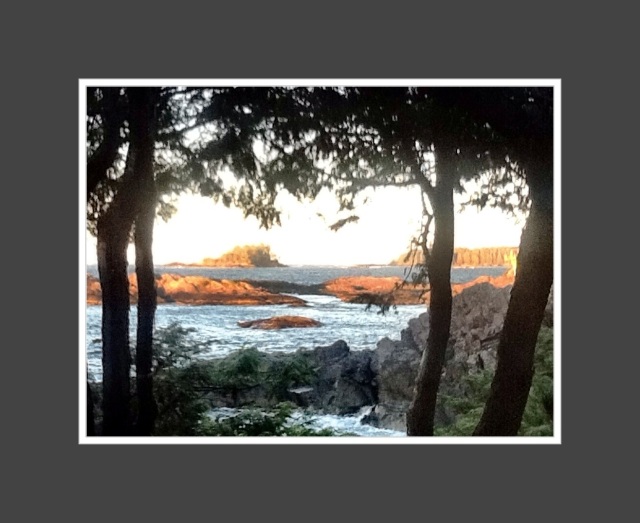