Nothing goes better with a Super Bowl game than…. evidently a white Spanish wine made from Airen grapes.

So, here we have a wine that’s termed ‘Vino de la Tierra’ (VdlT) referring to wine from certain and specific regions and generally considered equal to French Vin de Pays.

The Airen grape is the most frequently planted white variety on the planet. In Spain it’s especially popular as it’s drought resistant and is often used for brandy and cheap white wines – usually as a blender, but more recently as a varietal wine. Some producers have been doing an increasingly better job at producing it.

This Airen has been grown in Castilla La Mancha, part of Spain’s Central Region located just south of the central plateau at 500-700m of altitude and with one of the most extreme climates in Spain where the winters are long and cold and the summers extremely hot. Even the locals say they get 9 months of winter followed by 3 months of ‘hell’.

Yet, despite the fact that the river beds are usually dry in July and August, it still manages to produce half of all the wine in Spain. There are 250,000 ha of the drought-friendly Airen planted here mostly as gobelet style bush vines – followed by 50,000 ha of Cencibel in Valdepenas DO (aka Tempranillo).

While Airen has been largely blamed for supporting the European ‘Wine Lake’, growing techniques were revolutionized during the 70s and 80s and now some of the 100% Airen wines produced are actually reasonably good -as is this one.

This wine is clear and bright, deep gold, with legs noted. On the nose it’s developing with medium plus intense aromas of honeysuckle, baked apple, lemon creme and oak.

The palate is dry with medium plus acidity, medium plus body and medium alcohol. The medium plus flavour characteristics include ripe apple, pear, lemon zest, honey and some apricot with almond, but the finish is disappointingly short.

An interesting wine and certainly not one you get every day – we’ve all had Airen in something or other, but rarely do we see it as a varietal wine. That said, this is merely WSET ‘Good’. The promise on the nose and of the palate’s fruit is not borne out in the very brief finish and the oak is rather too pronounced and unbalanced.

Enjoy now, watch the Seahawks win the Super Bowl, and do not hold. 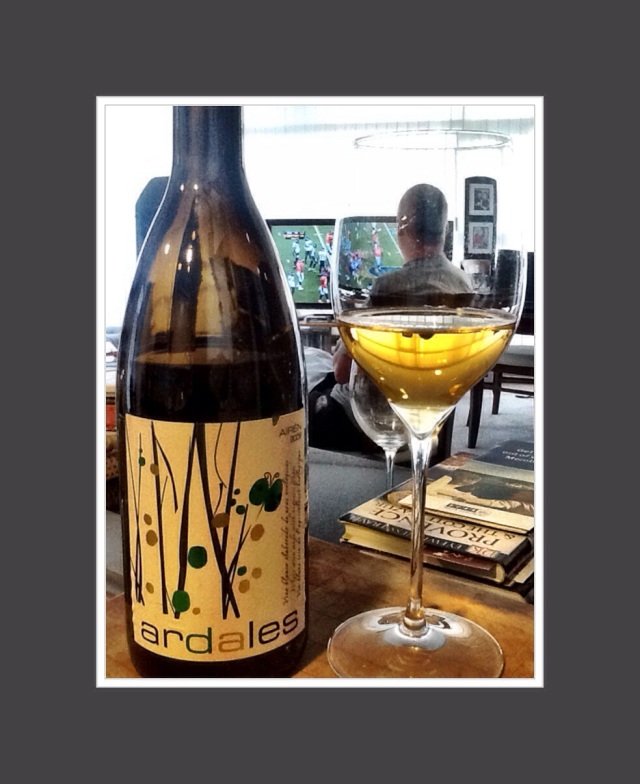 I love wine...and finally decided to do something about it.
View all posts by winellama →
This entry was posted in Airen, Spain, WHITE. Bookmark the permalink.